Mark Sagapolutele aka Mareko is no lies  one of my favorite NZ rappers *Kanye voice* of all time (he’s in my opinion one of the top NZ lyricists with Ddot  and has one of those instantly recognisable voices – he’s got a mean deep voice) so I was pretty stoked when he agreed to answer a few of the questions I threw his way.   He’s also going to be featured in my Ink Series so look out for that one coming soon too!

I’ve been a fan of Mareko and the South Auckland NZ Hip Hop group the “Deceptikonz” (Mareko, Devolo, Alphrisk/Frisko & Savage) that he came up in the industry with, for a long time and over the years I’ve come to get to know them personally through mutual friends, relatives and different events and can say they’re all really good guys that I’ve got a lot of love and time for.  Marks Mum Ruta used to come visit at our house quite a lot with his little sister Tia and his older brother Raymond is my photography hero Rimoni & leader of The Society – the photography group he let me join lol!   At this point I’d like to offer my condolences again to the Sagapolutele family for the loss of their mother Ruta a couple months ago.  She was a beautiful lady. 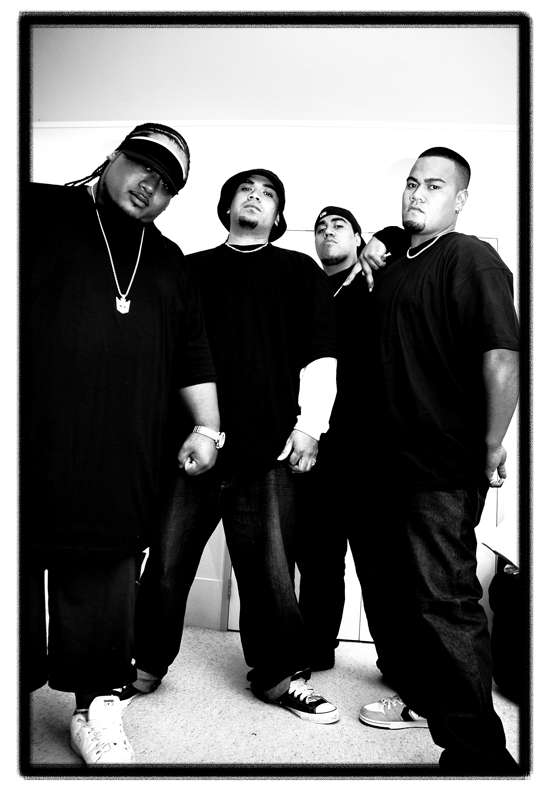 Pretty sure I’ve tweeted & fb’d a few times that I’ve had David Dallas’ “Buffalo Man” EP, Spycc Latu’s  “Self Progression” EP and Marekos “Rex Martel – Death of Mareko” mixtape on heavy rotation the last 3 months or so and Lani Says has covered off both Ddot and Spycc so thought I’d cover off Rex lol!   Nah, this post has actually been a work in progress for a little while now  & we’d had to put it on hold a couple times.  It  was originally just  going to be part of another post that I was blogging on but we decided to split Marks music out on it’s own so I sent him a few more last minute music related questions  on Friday ….. and here’s my Curious George questions and Marks answers …. Enjoy! 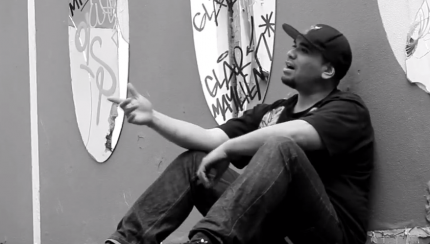 Me:  The last time I saw you perform live was when you came back to Auckland to do the D-Konz farewell concert back in July 2010.
Just back tracking a bit from that – when did you move to the Gold Coast? Are you living on the GC or Brizzy?
Had you already done all your tracks for the D-Konz last album (Evolution) before you moved or did you record some of your verses over there?

Mark:  I stay in Brisbane at the moment, Ive been here for 3 years and loving it. When we recorded the Dkonz – Evolution album I flew back to Auckland for that.

Me:  Have you been on a bit of a musical hiatus since then (the Dkonz last concert) or have you been working on new material? I’ve DL’d a couple of your mixtapes so I’m guessing you didn’t take a total break lol Do you still perform over there?

Me:  I notice on your latest mixtape you’re going by Rex Martel and the mixtape is called Death of Mareko.
Is this your new emcee name & is there a reason for killing Mareko? lol

Mark:  Naaah, I still record under the name Mareko. Rex Martel is to Mareko what Slim Shady is to Eminem. I guess the whole Rex Martel thing is the marking point of the start of my new found love for the rap game and i think you can hear that in my music. You can hear that  I’ve got that love back and Ive switched it up to just being myself. 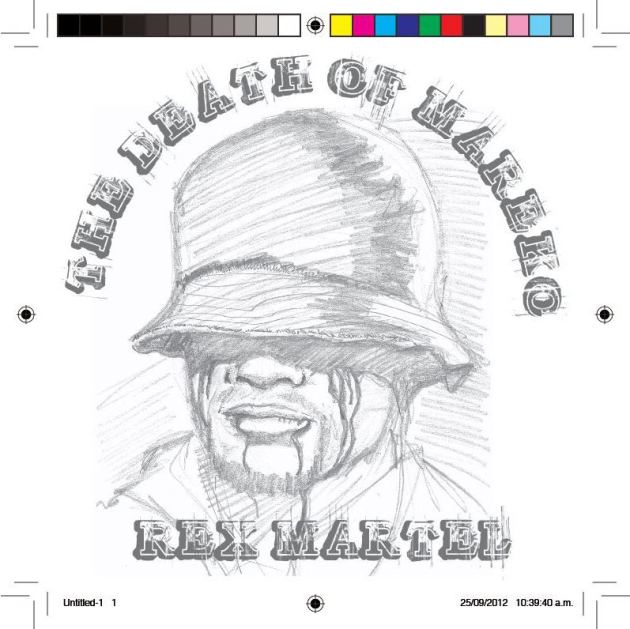 Me:  Can we look forward to a new Mareko/Rex Martel album soon? Do you produce your own tracks too? Or make your own beats?

Mark:  Yeah definitely look forward to some new music. I record, produce, mix, do the artwork at home. Got a one stop shop here, do it all from a busted up laptop haha. But thats the age we live in today, everything is more accessible and you are able to do that all yourself now.

Me:  One of my favourite tracks of yours is “Cityline” ( off the White Sunday album) probably because of the storytelling & I’d taken that route so many times myself when I was younger living in Manukau so the whole story always cracks me up because it’s how I remember my bus rides too.  From the albums you’ve put out as both a solo artist and also with the Deceptikonz are there any tracks that are your personal favourites and any reason why?

Mark:  I really like the majority of my mixtape stuff.  Just because I feel like I had no pressures with it and I just had a lot of fun with it.  Just flat out rapping. I really like the early Elimination shit, just because that whole era was the shit to me. We were ALL learning the game, us, Dawn Raid, the whole hip hop community was pretty green – we were all wet behind the ears and just playing it by ear.

Me:  Lyrically you’d be one of my favourite NZ emcees – your verse on PNC’s “Not Many the remix” is probably my fave on that track (peep the vid after the jump) and I always crack up at lines like ‘Looking for something on the road to nowhere/ Thats like looking for head lice on a bro with no hair / don’t even go there’
Who would be some of your favourite lyricists and who inspired you lyrically back when you were first starting out.

Mark:  Well when we first started out, we (Deceptikonz) came up through the battle scene so we were influenced by the whole Rawkus movement, Lyricist Lounge movement. Im a product of Max TVs “Tru School Hip Hop” and MTVNZs “Wrekognize” shows that DJ Sirvere and DLT used to host so I was into listening to a majority of East Coast boom bap rap. But as far as actual rapping goes, the people that influenced me would be Thirston Howl III, Ras Kass, Eminem, also a lot of the Anticon label like Sole & Deep Puddle Dynamics.

Me:  Cool!  Yeah, I think one of the first times I saw you perform was at a battle at this pub in Otara and the final was between you and David Dallas and you won lol!  Battle rapping always looks so hard to me!  Did you have some of your own ‘ready made’ battle raps to take into battles or did you literally always have to be coming up with stuff on the spot?  Any battle rapping tips you can share (cos you know how I battle too LOL!)

Mark:  All of the above, If I knew who I’d be battling or who the contestants were that would have entered the battle I’d think of quick lines to use on that person or whatever. And if I would lose the flow of the freestyle I had crutches to fall back on. ie The-Saurus’ “All I know is that”. But to me the more you write, the easier freestyling is. Rhyming words becomes second nature if you just write and write.

Me:  I watched Ice T’s Something from Nothing: The Art of Rap doco a couple months ago & I’ve always been fascinated as to the whole process behind putting together a track? Do you have a notebook with all your lyrics? What is your ‘process’ for writing and do you still have the same process from when you first started?

Mark:  I definitely do not have the same process as when i first started. When I first started I used to have books and books full of rhymes. Now I’ve only got like one thats about 3 years old. My last two mixtapes “My Dad Can Beat Up Your Dad Raps” and “Death Of Mareko” mixtapes I didnt write a single verse for either of them. I sorta do the Jay Z thing now, not because Jay Z does it so I’ve gotta do it, Nah – I do it because the only free time I have now is my commute to work. The job that i work at is like almost an hour away so I just play the instrumentals on my drive to work and memorize raps.

Me:  Taking it back a bit – I’ve always wanted to ask you how you found New York because you recorded a lot of “White Sunday” there is that right?  How long were you up there for? Where did you stay? How was it collabing with guys like Inspectah Deck and Sadat X?

Mark:  Me and YDNA were up in New York for about 2 months total. We stayed at Harlem for the most part and in Brooklyn for the remainder. I was definitely living my dream by recording in the home of hip hop with my idols and going toe to toe with them. New York was the shit though, I definitely wanna go back in the future with my family.

Me:  Lastly, what do you currently have on heavy rotation on your ipod/car stereo at the moment?  I saw you tweet bout going to Kendricks Brizzy show – Fave tracks on Good Kid M..A.A.D City?

Mark:  The only shit getting constant replay on my ipod is Rizvan and The Doqument.  Im also listening to Sean Price – MIC Tyson. Action Bronson – Rare Chandeliers, Fabolous – Soul tape. that and Aaradhnas “Treble and Reverb”  is the only shit I listen to.
GKMC is the shit though. I like Peer Pressure for the story telling.

Mark:  Thanks for the 60 minutes questions! haha be sure to look out for more music and definitely support GOOD local music. Not because its Local but because its good. Its out there.

Haha!  Shot bradas!!   Appreciate you answering all my questions!!

And then a few of my personal fave vids of Mark & the Dkonz or vids he’s dropped a verse in:

Fallen Angels – Dkonz & P-Money #NZClassic and how young does Volo & Dan look in this lol!

*Rex voice* “I’m coming straight outta Rewa, South Aucks/ where you can still see me on the streets of South Mall/ but let me ask you something what you really down for?/  that Money or the fame it’ll be your downfall/ I’m still in the hood like dollar bakery pies/ BEBO pages and soggy takeaway fries…..”  um yeah, I pretend I’m a rapper and rap along to Marks verse sometimes lol

We here – Deceptikonz ft the bro David Dallas cheeya!  Love this one!

And last but definitely not least – Gotta Go  (off his album White Sunday 2 – The Book of Mark) which features his Mum, Mama Ruta (RIL) and has some cool footage from Marks time in New York.